In three matches last week, Jaden had a total of 49 kills and 37 digs with no errors on serve receive.  As team captain, she leads by example through her skill on the court, as well as her encouragement and attitude toward not only our Varsity team, but the JV team as well.    She keeps us in the game no matter what the score.    Jaden continues to dominate the PAC statistically and is  #1 in kills and #2 in hitting percentage.  Despite only playing a defensive position half the time, she is also ranked  #12 in digs in the PAC. 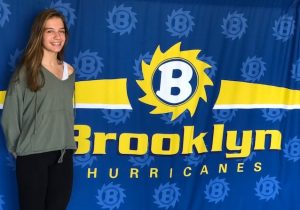